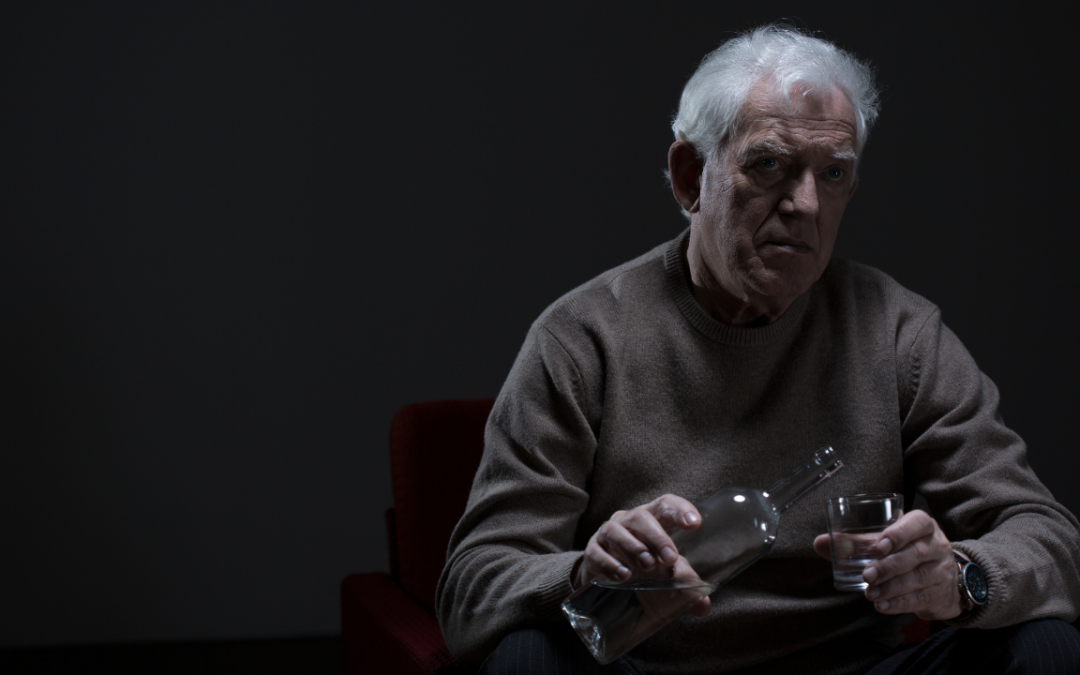 Alcohol has repercussions for people of all ages. For seniors, alcohol can present unique problems. At some point in one’s elderhood, the body’s tolerance for alcohol changes. The amount a person was accustomed to consuming daily is now more intoxicating, and depression, falls, accidents, and illnesses all become more likely. The coincidental issues with alcohol that cause families to intervene in a senior’s living situation are unhealthy isolation, self-neglect, and physical deterioration.  Other issues causing concern include the fear of the senior driving while impaired or spousal abuse. Alcohol interaction with medications is also an issue.

Generally, families have no legal right to control a senior’s drinking, whether at home or in a Senior Living community. As in most states, in Texas, there is a Resident’s Bill of Rights which gives seniors living in Assisted Living communities all the same rights as anyone else under the Constitution: drinking is effectively a constitutionally protected right. For seniors in a Senior Living community, there can be challenges in obtaining alcohol by the very nature of the health care infrastructure, but there is no legal barrier. Of course not all drinkers are alcoholics, nor is all drinking problematic. But when there is a question of improper drinking, what are the realities in each type of senior living? Let’s examine them one at a time.

In Independent Living, families will have zero chance of controlling their senior’s access to alcohol. By definition, there are no caregivers who can report or limit access to alcohol. Many residents can drive their own cars to liquor stores, and for those that can’t, the community provides transportation to grocery stores and drug stores in shopping centers where there are liquor stores. The community itself will often provide free happy hours, and even wine with dinner on a daily basis. And finally, there is always a crowd in any independent living that hosts their own happy hours. Drinkers find other drinkers. It’s just the way it goes. I had one client who convinced her mother to go to three weeks of in-patient alcohol rehab, and straight from there to an Independent Living facility. Within weeks the mother had hooked up with the happy hour crowd and eventually moved in with another alcoholic in the Independent Living community: the unofficial leader of the happy hours. Independent Living communities won’t stop anyone from drinking if they want to drink. The only potential upside for a problem drinker in an Independent Living community is that because of social interaction, drinkers sometimes won’t consume to such excess as they might have done while isolated at home. And drunk driving is much more infrequent.

There is far less drinking in Assisted Living than in Independent Living. Studies have been published showing as many as a third of Assisted Living residents may drink daily. In my experience, this seems quite high, and I question the methodology and parameters of the study. Let’s parse some factors at play. First let’s discuss Large Assisted Living communities, which in Texas have a minimum of 17 apartments and an average of 82 apartments. When I see community-sponsored happy hours, there are generally fewer than a dozen residents in attendance. Usually, these happy hours are held only weekly. Maybe two-thirds of large assisted living facilities will serve wine with dinner, but there never seem to be many people with wine when I’m there. So community-sponsored drinking in Large Assisted Living communities doesn’t seem to be much abused.

A problem drinker will sometimes refuse to go to—or remain in—an Assisted Living setting if they can’t have access to alcohol. Consequently, there are times when the community, in consultation with the family, will prepare a care plan for a resident that includes up to two ounces of liquor dispensed nightly from the medication cart. This is a good solution for many alcoholics who want the dignity of drinking but need help to control alcohol abuse and can’t be allowed unlimited access to alcohol. However, there will always be alcoholics who find a source for alcohol. This could be a liquor store delivery service, another resident who somehow has access to liquor or a friend on the outside. As mentioned, the Assisted Living community has no right to restrict a resident’s alcohol access or drinking. In theory, even if a resident is demonstrably drinking himself to death, the Assisted Living facility staff can’t intervene, nor discharge him for that reason. In practice, the community would consult with the family, would try to restrict his access to alcohol, or would probably send him out to the hospital when he is passed out, and then try to find a reason to keep him from coming back to the community.

I have never seen a Memory Care community have any difficulty limiting access to alcohol. This is because of the very nature of a secure facility and the increased control management has over the environment. But some Memory Care communities include alcohol in special events and try to include it as part of an effort to maintain the illusion of normalcy. I know of at least one Memory Care community that used to stock its community refrigerators with beer, seeking consistency with a “normal” home environment. Unfortunately, there is always at least one resident that would abuse that privilege, so that practice was quietly stopped. Often the wine and beer served in Memory Care events are now alcohol-free, and nobody seems to notice or mind.

As in Memory Care, alcohol in Skilled Nursing Facilities (SNFs) is rare. There are multiple reasons for that. First, the SNF environment is overwhelmingly oriented toward medical needs, not hospitality preferences. So the SNF itself almost never serves beer or wine. Second, the population doesn’t lend itself to drinking. Short-term Medicare residents, generally about 20% of a typical SNF’s population, are there for only around three weeks, are focused on recovery, and drinking isn’t at the top of their priorities. Long-term residents paid for by Medicaid (50% of residents) don’t have money for alcohol, as they only get a $60 per month allowance. And long term residents paying privately (30%) generally have complex medical needs and also aren’t focused on alcohol. Finally, a very large percentage of a SNF’s long-term residents have dementia, and their confusion doesn’t lend itself to drinking either.  Even so, in theory, a SNF resident has the right to drink if they so choose. Access is a major limiting factor.

Alcoholism and excessive drinking in Senior Living can be a difficult situation to navigate. Texas Senior Living Locators is here to help steer you in the right direction and address any questions or concerns that you have. If you need help finding an appropriate solution in Assisted Living, Memory Care, or Independent Retirement Living in the Austin area, please give us a call at (512) 630-7133.