Pandemics and Technology of the Times 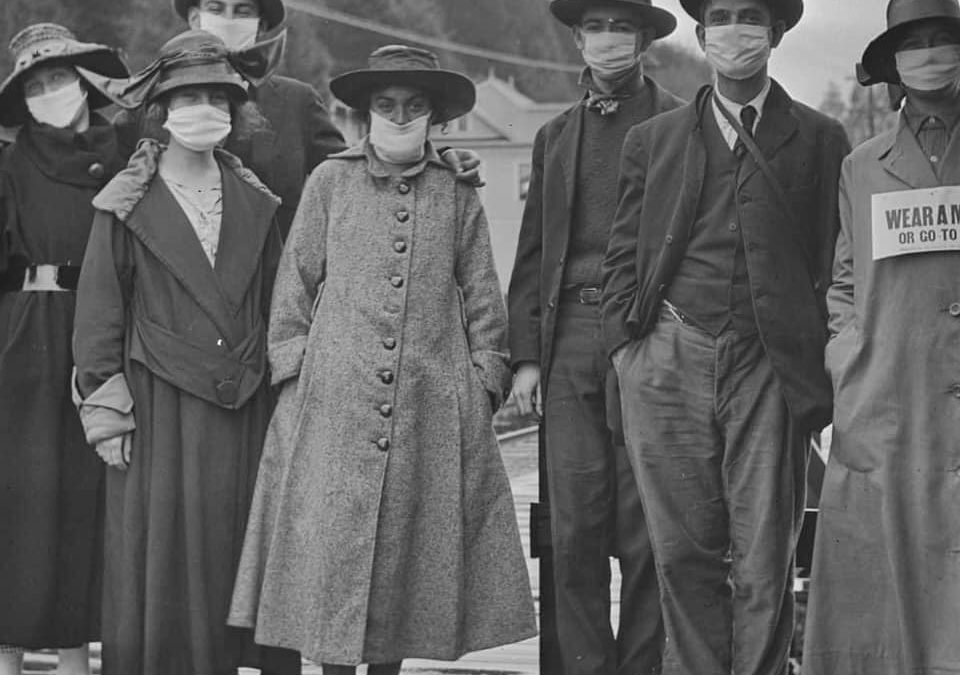 News articles often bring out stock photos of the 1918 Spanish Influenza to contrast them with photos of mask-wearing during today’s Covid-19 pandemic. These always make me think of my grandmother, and not just because her dresses and boots in old photos look similar. My grandmother had three sisters, and lost one of them during the Spanish Flu pandemic, on Armistice Day 1918, at 18 years old. A curious difference between today’s pandemic and the one a century ago is that the Spanish Flu was more deadly for people between 18 and 40 years old than it was for other age groups, in contrast to Covid-19, which is most deadly for the elderly. She was the second of the four sisters to die, as the eldest sister passed away six years earlier. Death was no stranger to families during the early 20th century.

My great-grandmother never got over the loss of two daughters, and weekly visits to the cemetery continued into the 1950s, even dragging unwilling grandsons along. My great-grandfather had already bought my great-grandmother her own car for the family’s weekly trips to the cemetery after the first daughter died; there were now two graves to visit. Cars were still a new technology in the early twentieth century. Like today’s leading technology automobiles, my great-grandmother’s car was also an electric, a 2.5 horsepower 1915 Rauch and Lang. Unlike today’s Tesla’s however, it would win no drag races. It was known in the family as “Creeper” because it moved so slow. During winter the family took streetcars instead, as it was faster and warmer.

To those living in the early 20th century technology seemed just as amazing then as it does now. Industrialization was new, electricity was just making its way into homes, phonograph formats weren’t yet standardized but were making music widely available, motion pictures were an emerging technology and didn’t yet include sound, airplanes were in their infancy, commercial radio hadn’t quite arrived, and telephones were a rarity. But just think how far society had come during the previous 50 years, from the time of the frontier and before even the transcontinental rail road!

Fifty years later this time seemed quaint and antiquated to me, growing up in the 1960s and 70s, when we were told we were the “space generation.”  Records were now now produced in high fidelity and in stereo, radios were solid state and were evolving from AM to FM format, TV had switched to color, everyone had electricity, cars and telephones, airline companies had all-jet fleets, and the evening news broadcast a war half a world away over satellite. Healthcare had evolved as well, as antibiotics had conquered a variety of diseases from leprosy to the plague, vaccines had eradicated a dozen of history’s worst afflictions, and the human heart could now be replaced. The Spanish Flu, if remembered at all, was thought of as an historical aberration, a footnote to WWI. My grandmother’s sartorial choices of lipstick, stockings and perfume reflected remnants of now forgotten but settled issues of woman’s suffrage, lack of central heat, and available personal hygiene aids. I can’t make fun, however, as my jeans were an outgrowth of the gold rush, and photos of me during the 1970s with long hair now makes me cringe.

Fast-forward another 50 years and technology’s leaps are again wondrous. Undoubtedly my children think the technology of my youth is antiquated, but it somehow seems more relatable to today’s advances. Though we no longer think much about space, the technological outgrowths from the space race have given us revolutions in microelectronics, computers and telecommunications. We have instant access to an unimaginable amount of information, can immediately communicate by voice or video virtually for free with about 60% of the world’s population from a portable device that fits in our pocket, have supply chains that involve nearly the entire planet, and can with ease travel on vacation to every continent on Earth. Until now that is, when another pandemic similar to the one my grandmother lived through has upended all our lives, when humanity has yet again been humbled by nature’s random ferocity. Now I can’t visit my children on the other side of the continent or overseas without a 14 day quarantine. If, that is, I am allowed to travel at all. Despite technology’s great leaps, an ancient scourge hasn’t lost its bite.

Trade routes have in millennia past helped spread nature’s epidemics. Historically pandemics have come from the plague, smallpox, polio, influenza, cholera, measles, salmonella, typhoid, typhus, and hemorrhagic fevers.  All have been carried on caravans, caravels, dhows, chariots, wagons, steamships and now jet airplanes (and also by fleas and mosquitos). Pandemics carries names like Antonine Plague, Plague of Justinian, and The Black Death. Novel viruses, where no one has any similar antibodies to help the immune system fight off the new infection, seem to inflict the greatest horrors. European diseases such as smallpox wiped out entire populations on first contact, notably on islands in the Pacific where inter human contact was almost unheard of. South and Central American civilizations and North American indigenous groups saw their populations shrink by 80 percent within a century of European contact. Our current coronavirus is similarly a “novel” virus, and while not as deadly as some past plagues, it seems that if unchecked, 80 percent of human population would eventually be infected.

In 1918 there was no hope of a vaccine being developed, but today we have the vaccine technology to combat the virus. There are currently over 100 vaccines under development to fight Covid-19, using many different techniques to achieve a protective antibody reaction. Unfortunately the logistics of development, testing, manufacture and distribution are such that it appears in the best case it will take a minimum of 12 months for the first vaccines to be available, with full worldwide distribution probably as long two years after that. In the meantime, before herd immunity is achieved by a vaccine, probably several million people will succumb to Covid-19 before this pandemic is behind us. We have as of this writing passed half a million deaths worldwide.

We can count ourselves lucky Covid-19, dangerous as it is, isn’t as deadly as the Spanish Flu. At an estimated mortality rate of between 1% and 6%, Spanish Flu was between 10 times and 60 times more lethal than Covid 19’s estimated 0.1% mortality rate. If 50 million people died in the Spanish Flu, relative to today’s increased worldwide population of 7.8 billion, we would have 234 million deaths from Spanish Flu today. My assertion in the previous paragraph of several million eventual deaths from Covid-19 doesn’t sound so bad by comparison. Another interesting point about our 21st Century ability to fight the virus with advanced vaccine technology is that we aren’t shortening the pandemic by that much. The Spanish Flu only lasted about 26 months worldwide, according to Wikipedia, from February 1918 to April 1920. Even in the United States, where presumably there will be among the most rapid distributions of a vaccine, it will be at least 18 months from the onset of the pandemic before we have effective coverage. Despite our ever-advancing technologies, we remain humbled before an affliction only marginally in our control.

My first grandchild was born the year before Covid-19 began its relentless and horrific spread. The natural cycles of births and deaths have me wondering about the future. In particular the following questions:

Evolutionary biology guarantees the emergence of pandemic-capable pathogens. The world has learned an enormous amount from 2020’s troubles, and we may head off many future pandemics, just as happened in recent years with SARS, MERS and Ebola.  But people become careless, get lax, and there seem to be lessons in history that subsequent generations always have 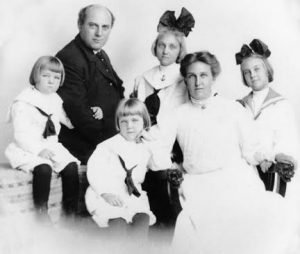 to re-learn. With the interconnectedness of world business and the rapidity of travel, technology can work against us as well, and diseases can travel with ever greater efficiency. I feel certain there will always be new pathogens, epidemics, and sadly pandemics. But technology also evolves, and we can speculate about possible advances. For example, there may come a time when vaccines are more broad spectrum, when perhaps one coronavirus vaccine provides antibodies that recognize even novel coronaviruses, or influenza strains, etc.   Perhaps another possible technological advancement could allow near instant adaptation of an off-the-shelf vaccine to a new strain. In these hopeful scenarios, pandemics would be less frequent and perhaps of shorter duration, requiring less intrusive countermeasures than our current efforts to “flatten the curve.”

I only knew my grandmother (far left in photo) in her later years, of course. By then many of her earlier heartaches had lost their sting, and were topics that simply didn’t come up, in the same way my grandfather wouldn’t discuss his experience fighting in WWII. They were pretty stoic in their life’s outlook by then.  When discussing pandemics I believe she would have told me to “stop worrying about what you can’t control, and plan for what you can.” Pretty timeless advice, if we can follow it.